Yesterday, while working on a Chinese/English artist focus, I was taking a much needed break and happened to check my Facebook notifications. One was a post from artist, and friend Liz Drake. You may remember Liz from her artist focus article several months ago. Here’s the link if you are interested in seeing her amazing art! Her post yesterday was so deep and meaningful, I just had to share it here. 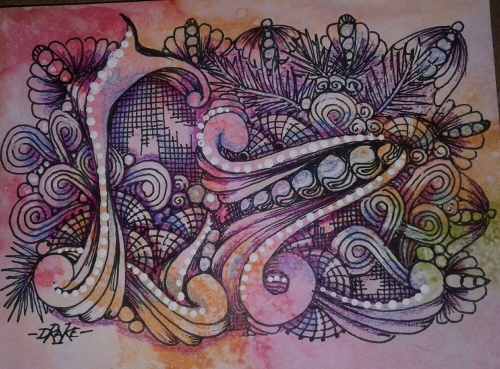 I think you can see why this moved me to think about my experiences and accomplishments as well as heartaches! As I thought of some of the things I would put on my list, I decided that writing the list would be a great personal growth exercise. So here’s my list of things I’ve done:

I can only imagine the amazing lists you all might come up with! I encourage anyone interested to use the comments section and post your own lists! It’s a fascinating experience and you will feel much more accomplished and interesting when you finish! I look forward to reading your comments! Write in your own language and I’ll post a translation. If you have questions, please contact me at Thetirelesstangler@gmail.com.

The Great Book of Zentangle, by Beate Winkler